William A. DeStefano and Terri A. Pawelski Present at PICPA Valuation and Forensic Accounting Conference

PHILADELPHIA, November 15, 2017 – Stevens & Lee’s William A. DeStefano and Terri A. Pawelski presented at the Valuation and Forensic Accounting Conference hosted by the Pennsylvania Institute of Certified Public Accountants in King of Prussia, PA, on November 2, 2017.

Mr. DeStefano is Chair of Stevens & Lee’s White Collar Defense and Investigations Group. He has a long and successful history of defending corporations and individuals against criminal investigations and indictments and has represented clients in a complete range of commercial civil cases, including antitrust and trade regulation litigation.

Mr. DeStefano has tried more than 100 criminal and civil cases to verdict over the last 40 years, primarily in the federal and state courts of Pennsylvania, New Jersey and Delaware. He has a long history of consistently obtaining excellent outcomes at trial and in helping clients achieve non-prosecution decisions at the conclusion of lengthy investigations.

Before entering private practice, he served for five years as a trial attorney with the Antitrust Division of the U.S. Department of Justice and as an Assistant U.S. Attorney in the Eastern District of Pennsylvania.

As published in Philadelphia magazine, Mr. DeStefano has been repeatedly recognized as a Pennsylvania Super Lawyer since the publication’s inception in 2004, including for 2017, having been selected by his peers as among the top 5 percent of lawyers in the Commonwealth. He has been named to The Best Lawyers in America since 2005. Since 2006, he has been consecutively listed in the Chambers Guide to America’s Leading Business Lawyers in the area of White Collar Crime and Government Investigations, an honor given by international legal research publisher Chambers & Partners based on an intensive research process incorporating client feedback.

Mr. DeStefano is regularly appointed by the U.S. Court of Appeals for the Third Circuit and the U.S. District Court for the Eastern District of Pennsylvania to represent indigent defendants charged with serious federal offenses.

He has a J.D. from Duquesne University School of Law and a B.S. in Economics from Villanova University.

Ms. Pawelski regularly appears in Pennsylvania and New Jersey courts for bail and change of plea hearings, motions and sentencing hearings on behalf of white collar clients. She is regularly appointed by the United States District Court for the Eastern District of Pennsylvania to defend indigent defendants in felony cases under the provisions of the Criminal Justice Act. In addition to her busy criminal caseload, Ms. Pawelski assists in defending the firm’s clients against individual and class action litigation that is often sparked by government investigations.

As published in Philadelphia magazine, Ms. Pawelski was recognized as a Pennsylvania Super Lawyer Rising Star in 2010 and 2013, and as a Pennsylvania Super Lawyer from 2014 to 2017. While in law school, Ms. Pawelski participated in the criminal clinical program and served as a public defender in the Boston Municipal Court. As an undergraduate, she spent her junior year studying at the University of East Anglia in Norwich, England. 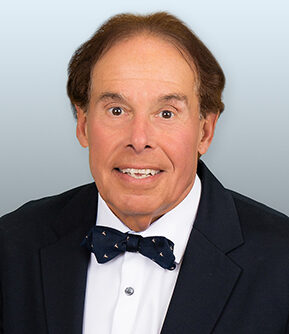