Your client asks you to develop litigation finance options for a contemplated lawsuit. It principally would involve a federal question connected with a business dispute.

You consider privilege and confidentiality, but hesitate. Sharing confidences with a litigation funder in a potential business deal suggests waiver. You also remember reading about a recent case — Acceleration Bay v. Activision Blizzard[1] — where exchanges between lawyers for a party and its funder were found to be outside immunity from disclosure as attorney work product in response to a litigation adversary’s request.

The good news is that when executed properly, decisions from multiple courts hold that discoverable material from negotiations with a litigation funder can be attorney work product and immune from disclosure in the later litigation. Acceleration Bay is indicative of what happens when difficult facts conflict with best practices.

Events Leading to a Funding Agreement

You approach the assignment to develop funding options as one might expect. You investigate litigation finance firms, and identify candidates. You call the small handful that appears to qualify. A straightforward nondisclosure agreement is negotiated between each set of parties, and signed by principals before an exchange of any lawyer’s analysis or investigative information.[2] Introductory calls or meetings are held. Notes are taken. Emails are exchanged between you and the funder’s lawyer.

One funder emerges. The funder conducts diligence from public documents and existing business documents involving the parties to the contemplated lawsuit. You respond to the funder’s questions during diligence. No privileged attorney-client information is disclosed by you or your client to the funder during diligence, or after it. The same is true with anything approaching a trade secret, or comparably proprietary information connected with the potential adversary.

The efforts bear fruit. A funding agreement is negotiated and signed by the principals. The complaint is filed with a federal court, the motion to dismiss is denied, and discovery intensifies.

The defendant’s document requests include one for any litigation funding agreement entered into by your client connected with the lawsuit. The request encompasses the universe of documents that led to the signed funding agreement.

Your client’s response and objections include a work product objection, among others. A privilege log is served. It properly identifies and describes the nondisclosure agreement, notes, emails and funding agreement withheld as work product, including drafts — none of which initially happened in Activision Bay.[3] The defendant challenges the objection. Its lawyer requests a meet-and-confer. A motion is in the offing.

The defendant’s lawyer persists with the principal argument — among others — that pre-lawsuit exchanges with nonparties to advance a deal to finance a lawsuit do not qualify as work product. As you develop a response, you confirm that there were no post-agreement work product waivers. The funder remains compliant with the non-disclosure agreement, and the consistent confidentiality terms in the funding agreement.

The Facts Support the Work Product Assertion — As Does Available Authority

You presumed that your pre-lawsuit notes, emails, the nondisclosure agreements, your responses to the funder’s questions during diligence, and the funding agreement were immune from discovery as work product, along with drafts.

The facts support the work product assertion. A lawsuit was anticipated before funders were identified. You only were asked to act with prospective litigation finance firms to help investigate the possibility of it. As in Lambeth Magnetic Structures v. Seagate Technology (US) Holdings, the “communications [between plaintiff and a litigation funder] were primarily, if not exclusively, for the purpose of preparing for litigation.”[4]

The Lambeth court also dismissed the principal argument advanced by the defendant, i.e., that the funding agreement and related documents involved a business deal, and work product immunity is inapplicable.[5] The court found that such “materials nonetheless fall within work-product immunity because they were communications with Plaintiff’s agents in anticipation of litigation.”[6] It also concluded that the plaintiff’s production of a copy of the funding agreement — redacting the funder’s identity and the agreement’s material terms — preserved work product.[7]

Also helpful to advancing the applicability of work product immunity is a distinction between what can be a waiver of the attorney-client privilege and a waiver of work product immunity. In Miller UK Ltd. v. Caterpillar, the court addressed the distinction in determining a motion to compel production of litigation funding documents.[8] Disclosure to a third party of information protected by the attorney-client privilege ordinarily waives it, except in limited circumstances that vary by state.[9] It is a waiver because the privilege protects the attorney-client relationship, granting confidentiality to encourage candor between client and lawyer.[10]

Work product immunity, however, “promotes the adversary system directly by protecting the confidentiality of papers prepared by or on behalf of attorneys in anticipation of litigation.”[11] The Miller court explained that “a disclosure to a third party does not automatically waive” work product immunity, unless the disclosure is in a manner that “substantially increases the opportunity for potential adversaries to obtain the information.”[12]

The signed nondisclosure agreement between your client and the funder is important evidence of the intention to preserve work product from a disclosure amounting to waiver.[13] So is the fact that your client and the funder continued to confidentially maintain the information after its exchange, as is the fact that there was no inadvertent disclosure of the work product during discovery.[14]

Courts recognize that tension may arise when a potential litigant acting through its lawyer and a litigation funding firm exchange documents while investigating, negotiating and potentially entering into a funding agreement.[15] As the Delaware Chancery Court observed in Carlyle Investment Management, “[t]he policies underlying the work product doctrine favor a finding of protection …[as it] ‘is intended to protect the “privacy of lawyers in their work and encourage[e] the freedom of lawyers in the task of preparing their clients’ cases for trial.”’[16] Moreover, work product protection in the litigation funding context “places those parties that require outside funding on the same footing as those who do not, and maintains a level playing field among adversaries in litigation.”[17]

Whether in-house or acting as outside counsel, practitioners should consider state law when the lawsuit may be filed in state court. Class actions, depending on jurisdiction, may involve different disclosure obligations.[18] Finally, available authority recognizes the applicability of work product immunity as described above. Consider ongoing developments.
​​

The opinions expressed are those of the author(s) and do not necessarily reflect the views of the firm, its clients, or Portfolio​​ Media Inc., or any of its​​ or their respective affiliates. This article is for general info​​rmation p​​urposes an​​d is​​ ​​not ​​intended to be and​​ should not be taken as legal advice.

[2]It appears that this did not happen in Acceleration Bay. The District Court in Acceleration Bay affirmed a Special Master’s Order (the “SMO”). The SMO suggests that a non-disclosure agreement was not signed between the plaintiff and its funder, or if one was signed, documents potentially protected by work product immunity were exchanged beforehand. See Acceleration Bay v. Activision Blizzard, U.S. Dist. Court, District of Delaware, Case 1:16-cv-453, Docket No. 361 (Special Master Order No. 13 dated Nov. 22, 2017) at pg. 7.

[3] The SMO explains that plaintiff initially disclaimed any work product privilege based on documents it provided to its litigation funder, then asserted it a year later during a supplemental document production. SMO, pg. 4. 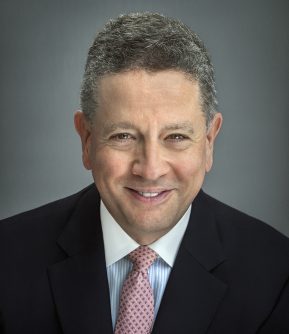