On February 23, 2022, a federal judge in Texas threw out parts of the No Surprises Act rule that established the arbitration process supported by Congress meant to protect patients from surprise medical bills.

In the case Texas Med. Ass’n v. Dep’t of Health and Human Serv., E.D. Tex., No. 6.21-cv-00425, Judge Jeremy Kernodle of the U.S. District Court for the Eastern District of Texas granted summary judgment in favor of the Texas Medical Association, which had challenged an interim final rule governing the arbitration process for resolving payment disputes between out-of-network providers and health insurers.

The Judge determined that the government failed to adhere to the Administrative Procedure Act by neither following the text of the No Surprises Act nor proper notice and comment requirements when it required arbitrators to select the amount closest to the median in-network rate in settling payment disputes between insurers and certain out-of-network health-care [sic] providers.

The No Surprises Act, which took effect on January 1, 2022, limits the amount patients can be billed for emergency services delivered by providers who aren’t in their insurance network and for non-emergency services delivered by certain out-of-network providers at in-network facilities. The Act includes an independent arbitration process to settle disputes between out-of-network providers and health-insurers regarding appropriate reimbursement amounts, whereby the arbitrator decides the appropriate rate by considering various factors, including the following:

Judge Kernodle stated that “the rule places its thumb on the scale for the QPA, requiring arbitrators to presume the correctness of the QPA and then imposing a heightened burden on the remaining statutory factors to overcome that presumption.” In doing this, the agency impermissibly rewrote clear statutory terms. In granting the Texas Medical Association’s request for summary judgment, Judge Kernodle took the view that it was best to vacate the portions of the rule at issue, under the Administrative Procedure Act, instead of sending it back to the agency to fix.

On the heels of the ruling, interested organizations made their positions known. The trade group America’s Health Insurance Plans (“AHIP”), filed an amicus brief, contesting Texas Medical Association’s position. Once the ruling was issued, AHIP released a statement, taking the view that the court’s decision was wrong and misguided. Per a Law360 report, Matt Eyles, president and CEO of AHIP, stated that “it is unconscionable for providers to fight to weaken protections for patients who deserve to be protected from surprise medical bills, and to exploit the arbitration process to pad their bottom lines. AHIP continues to fully support the administration in its defense of the No Surprises Act and the interim final rule.”

Similarly, the American Benefits Council filed an amicus brief that contested the Texas Medical Association’s position and supported the preservation of the administration’s rule, stating, “The IDR process as set forth in the [interim final rule] will reduce incentives for providers to leave health plan networks because business models that rely on being out-of-network and collecting balance bills will no longer be viable and the IDR process will be sufficiently consistent and predictable that providers will understand a windfall is unlikely.” They continued to state that this would help reduce premium costs and also expand availability of and access to providers in health plan networks. 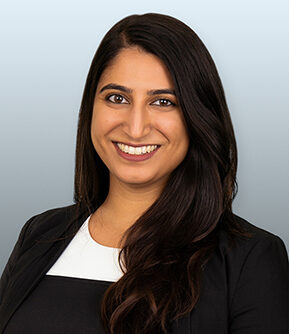