States are aggressively seeking to attract more people into the Affordable Care Act markets as open enrollment nears for 2020. States from Pennsylvania to California are setting up their own exchanges, expanding subsidies, and bolstering their outreach in an effort to boost enrollment and take greater control over their health insurance markets.

The efforts come as the Affordable Care Act markets continue to show signs of stabilizing for 2020 after experiencing turbulence in their early years.

Average premiums for “benchmark” plans on which premium subsidies are based will drop 4% for 2020 in the 38 states using the federal HealthCare.gov exchange, the U.S. Department of Health and Human Services (“HHS”) reported earlier this month. In addition, 20 more insurers are selling plans in those states, the HHS said.

Twelve states and the District of Columbia will fully operate their own state-based exchanges in 2020, with Nevada joining the group.

In addition, six states are moving to partially operate a state-based market. Under that model, states take on more responsibility for running their health insurance market by engaging in activities such as outreach and promotion, but they continue to use HealthCare.gov to enroll people and determine eligibility for subsidies.

Meanwhile, some states are also taking steps to steer people who need individual market coverage into ACA plans, such as by adopting their own penalties for individuals who don’t have health coverage. Republicans in Washington reduced the federal penalty to zero as of 2018.

States are also taking a greater role in marketing and outreach efforts.

One of the partial state exchange states, Pennsylvania, will spend $400,000 on navigators who will help people get enrolled for the upcoming sign-up period, insurance commissioner Jessica Altman said. That is $100,000 more than would have been spent by the federal government, Altman said. Pennsylvania expects to have a full state-based exchange by plan year 2021, she said.

The 2020 plan year will also be the first year that web-based brokers and health insurance companies can fully enroll people in ACA plans without having to redirect them to HealthCare.gov to determine their subsidy eligibility.

So, the Affordable Care Act not only continues for now, but shows signs of strengthening in some of its components. As this election year begins, it will be important to keep watching the discussions. 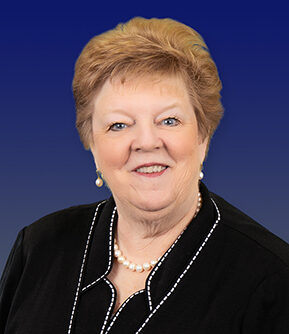