A recent federal court decision from the Eastern District of Pennsylvania found that a lender clouded the consumer’s TILA rescission rights by including a copy of Pennsylvania’s early fee refundability disclosure in the closing package. While we believe this decision is wrong, it illustrates the unintended consequences that may result when lenders include copies of early disclosures in a closing package, particularly when those disclosures are intended to address only pre-closing events.

Pennsylvania, like many other states, has for several years required licensed mortgage bankers and brokers to disclose to consumers at the time of application which advance fees paid by the consumer are nonrefundable if a loan is not produced. In Bowmer v. Novastar Mortgage Funding Trust, Series 2006-1, et al., No. 08-5869, 2010 WL 1816267 (E.D. Pa. May 5, 2010), the consumer claimed that this disclosure (the “Refundability Disclosure”) was inconsistent with her TILA rescission rights because, under TILA, all fees and other closing costs must be unconditionally refunded when a consumer exercises TILA rescission.

Pennsylvania’s fee refundability provision provides that, except for fees paid to third parties (such as appraisal or credit report fees), a licensee must refund all fees paid by the consumer when a mortgage loan is not produced within the time specifi ed by the licensee and at the rate, term and overall cost agreed to by the consumer.1 The statute also contains an exception which allows the licensee to retain fi rst party fees (such as an application fee) if the failure to produce a mortgage loan is due solely to the consumer’s negligence, refusal to accept and close on a loan commitment, or refusal or inability to provide information necessary for processing the loan.2

Consistent with Pennsylvania law, the Refundability Disclosure in this case disclosed that the appraisal fee, credit report fee and other third-party fees were nonrefundable, and that a $375 application fee was refundable if the loan could not be produced, unless the failure to produce the loan was due to the consumer’s actions or inaction as described above.

What the Court Saw

While Pennsylvania requires that the refundability conditions be disclosed to the consumer in writing at the time of loan application, in this case a copy of the Refundability Disclosure was included in the closing package and was dated January 9, 2006 – the date of the closing (as this opinion was rendered at the motion to dismiss stage, it is unclear whether subsequent discovery will show that the consumer also received a copy of the Refundability Disclosure at the time of application, as required, and whether such fact might impact the court’s view of the issue on further proceedings).

Although the Pennsylvania fee refundability provision is clear on its face that it is intended to address only those situations where fees paid by the consumer must be refunded when a loan is not produced by the licensee, the court in this case found that including the Refundability Disclosure in the closing package improperly clouded the consumer’s TILA rescission rights, because, under TILA, a consumer that elects to rescind a closed loan has no liability for any closing costs or fi nance charges paid up to the point of rescission.3

The court’s reasoning is aptly summarized in the following passages:

A reasonable consumer given the [Refundability Disclosure] at the time of closing could conclude that if she rescinded the transaction, then despite what the Notice of Right to Cancel stated her application fee, appraisal fee, credit report fee and other third-party fee would not be refunded. The [Refundability Disclosure] does not contain any language indicating that those fees would be refunded if the consumer elected to rescind under the Notice of Right to Cancel.4

I conclude that including two inconsistent statements with respect to refundability of fees related to the transaction at or around the time of closing “renders the notice of the right to rescission required under TILA unclear, and thus, extends the period for rescission [under TILA].”5

While we believe this decision represents an incorrect interpretation of TILA and a fundamental misreading of the purposes of the Pennsylvania Refundability Disclosure, it illustrates the potential pitfalls of including in a closing package copies of early disclosures, particularly when those disclosures are dated as of the closing and/or refer solely to preclosing events. In light of this decision, lenders are well-advised to consider taking one or more of the following steps:

We understand it is not uncommon for some investors to require that copies of all disclosures (even early disclosures) be included in the closing package. This decision highlights the potential risk of such a practice, absent a state law requirement to do so. At a minimum, it underscores the importance of ensuring that a lender can document that it timely provided early disclosures, and the care that should be taken with any disclosures in a closing package (whether early or closing disclosures) that a court could view as inconsistent with TILA rescission rights. We can assist you in developing strategies to address this and similar issues in accordance with state/federal law and investor requirements.

For more information, contact Paul H. Schieber at 610.205.6040 or the Stevens & Lee attorney with whom you regularly speak. 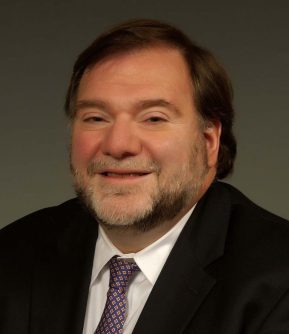