The U.S. Department of Justice and the Federal Trade Commission released their much anticipated Vertical Merger Guidelines on June 30, 2020.

The new guidelines outline how the Agencies will evaluate whether vertical mergers violate the federal antitrust laws and replace the DOJ’s 1984 Non-Horizontal Merger Guidelines. They provide companies with a tool for assessing the antitrust risks associated with a merger involving companies at different parts of the same supply chain or competing supply chains.

The guidelines are notable both because they strike a more aggressive stance towards vertical mergers than prior guidance, and because two Democratic FTC Commissioners abstained from voting on them because they did not think they were aggressive enough. They reflect increased skepticism about presuming that vertical mergers are generally procompetitive and identify competitive concerns that can arise in deals that have not traditionally been considered “vertical.”

In assessing unilateral effects, the agencies focus on whether the merged firm will have the ability and incentive on its own to diminish competition, including whether the merged firm will gain: (1) the ability and incentive to weaken its rivals in the relevant market by refusing to supply a related product or raising the costs or lowering the quality of that product; and (2) access to competitively sensitive business information of its rivals that it could use to react quickly to a rival’s procompetitive business actions.

The guidelines still recognize that vertical mergers provide a number of procompetitive effects, including streamlined production, distribution and eliminating double marginalization – two separate firms each charging a mark-up, causing higher prices. But they caution that the efficiencies must be cognizable, merger-specific, verified and not arising from anticompetitive reductions in output or service.

The guidelines also address diagonal mergers (those that combine firms or assets at different stages of competing supply chains) and mergers of complements.

This final version of the guidelines removed a safe harbor included in a draft, leaving merging parties without any guidance as to where the agencies may draw a line based on market share. They also decline to address remedies, which some believe reflects an inability to find consensus between the agencies over whether to require structural solutions.

Parties contemplating a merger will benefit from conducting more pre-transaction due diligence on potential vertical merger risks and should expect vertical relationships to be a greater focus during the merger clearance process.

If you wish to discuss this issue or any other antitrust or unfair competition issue, please contact Joseph Wolfson at 215.751.1249 or the Stevens & Lee attorney with whom you regularly work if you have questions or need assistance with this process. 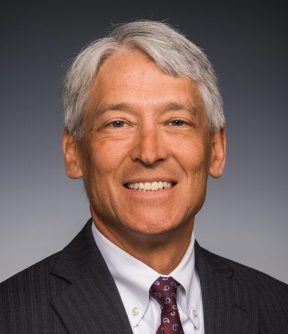