On Monday, June 3, 2019, the United States Supreme Court ruled that an employee can escape the consequences of failing to file a charge with the Equal Employment Opportunity Commission (“EEOC”) before filing a discrimination lawsuit. The Court labeled the charge-filing requirement merely to be a claim-processing, or procedural, rule. Prior to this decision, a number of courts had considered this requirement to be jurisdictional. This is significant because jurisdictional defects may be raised at any stage of a lawsuit and generally preclude the court from further considering the case. On the other hand, the failure to follow a claim-processing rule must be raised promptly after a suit is filed or this defense is ordinarily lost.

The Supreme Court found that Title VII’s requirement that employees file charges with the EEOC or a state or local equivalent agency prior to filing court actions is not a jurisdictional prerequisite. In other words, the court still has authority to consider the employee’s claims. The administrative charge requirement is merely a procedural step, and an employer must raise within strict time limits the employee’s failure to take this step in order to ensure the employee’s claim will be dismissed. Because the employer in Davis waited too long to raise this defense, the employee could proceed with her religious discrimination claim in court, despite not having filed an agency charge making this claim.

The Supreme Court’s decision does not mean that employees are excused from filing charges prior to filing a court action alleging violations of Title VII. Rather, it is a directive to employers that they must promptly raise any objections based on an employee’s failure to file a charge or exhaust administrative remedies. Otherwise, this defense will ordinarily be forfeited.

This issue frequently arises in cases where an employee’s court action tries to change or enlarge the scope of the discrimination claims raised in the employee’s EEOC or state/local agency charge. If employees assert new or different claims in their lawsuit that were not formally included in their agency charges, employers must timely object to these claims early in the litigation. If they fail to do so, the court action will likely proceed even in absence of a prior charge.

If you have questions about the Supreme Court’s decision in Davis v. Fort Bend County or how it may affect charges or court actions against your business, please contact Jennifer Ermilio at jae@stevenslee.com or the Stevens & Lee attorney with whom you regularly work. 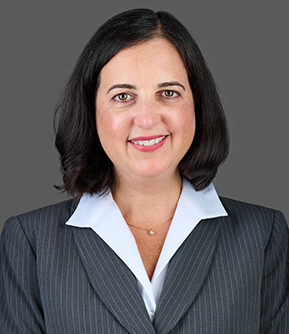