On May 24, 2010, the Supreme Court issued a significant antitrust ruling that narrows the “single-entity” antitrust exemption and has important implications for groups, associations, joint ventures, or other cooperative efforts, especially in the health care and real estate sectors, where the issue has frequently arisen.

The unanimous decision in American Needle, Inc. v. NFL was the high court’s first ruling in favor of an antitrust plaintiff in more than five years. Its most important impact will likely be in the joint venture context, where a participant in such a venture may no longer rely on a controlling ownership stake to obtain an exemption. More broadly, the test for the “single entity” exemption is also now harder for defendants in a group, association, or cooperative effort to obtain.

The ruling clarified a long-standing legal rule known as the Copperweld doctrine and likely made it more difficult for defendants to invoke its protection. In Copperweld, the Supreme Court held that a parent corporation and its wholly owned subsidiary are incapable of conspiring with each other for purposes of Section 1 of the Sherman Act. Many courts have applied that doctrine to exempt entities so long as one entity has legal control over the other legal entity. The Court explained in American Needle that the relevant inquiry is whether there is an agreement among separate economic actors pursuing separate economic interests. In so doing, the Court reaffirmed the importance of substance over form, rejecting a formalistic ownership test and noting that it is not determinative that the entities (1) are legally distinct; or (2) have organized themselves under a single umbrella or in a structured joint venture.

Applying those principles, the Court rejected the NFL’s claim that it was exempt from the federal antitrust laws because it was a single entity (rather than 32 distinct member teams) and therefore could not legally conspire with itself. It explained: “To a firm making hats, the Saints and the Colts are two potentially competing suppliers of valuable trademarks. When each NFL team licenses its intellectual property, it is not pursuing ‘the common interests of the whole’ league but is instead pursuing interests of each ‘corporation itself[.]’ ” The Court did not rule that the NFL or its teams violated the antitrust laws but simply that they were not entitled to a categorical exemption from those laws.

If you wish to discuss this issue or any other antitrust or unfair competition issue, please contact Joseph E. Wolfson at 610.205.6019, or your Stevens & Lee lawyer. 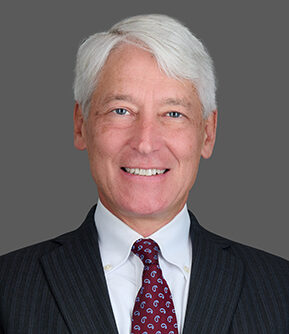