PHILADELPHIA, PA, May 8, 2018 – James C. Schwartzman has been appointed by Governor Tom Wolf to be a Judge on the Pennsylvania Court of Judicial Discipline.

The Judges of the Court of Judicial Discipline are tasked with hearing and deciding formal charges of misconduct filed against judicial officers. The Court has the power to impose sanctions – from a reprimand to removal from office – over Supreme Court Justices; judges of the Court of Common Pleas, the Commonwealth Court and the Superior Court; and magisterial district judges. The Court of Judicial Discipline has 8 members. Four are appointed by the governor and four by the Pennsylvania Supreme Court.

Mr. Schwartzman previously served as Chairman of the Pennsylvania Judicial Conduct Board. He is a former Chairman of the Supreme Court of Pennsylvania’s Disciplinary Board, Continuing Legal Education Board and the Interest on Lawyers’ Trust Accounts (IOLTA) Board.

Mr. Schwartzman, a Partner in the law firm of Stevens & Lee, has extensive experience representing and counseling lawyers, law firms and judges on ethics-related issues. He has trial experience in civil and criminal matters in most of the courts in southeastern Pennsylvania.

Mr. Schwartzman is a former Assistant U.S. Attorney for the Eastern District of Pennsylvania and was a law clerk for the Honorable J. William Ditter, Jr., U.S. District Judge for the Eastern District of Pennsylvania. He has taught courses at the Attorney General’s Advocacy Institute and Temple University School of Law. As published in Philadelphia magazine, Mr. Schwartzman has been continuously recognized as a Pennsylvania Super Lawyer since 2004 by being selected by his peers as among the top 5 percent of lawyers in the Commonwealth. In addition, he has been selected by his peers as one of The Best Lawyers in America from 2006 to 2018 for his work in Plaintiffs and Defendants Legal Malpractice Law and Ethics and Professional Responsibility Law, and has been named Philadelphia Ethics and Professional Responsibility Law Lawyer of the Year. He received a J.D., cum laude, from Villanova University School of Law and an A.B. from Washington University in St. Louis. He is a resident of Radnor, Delaware County. 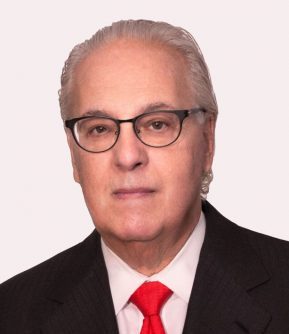