Being Rural Can Be Stark-Friendly

When can a (referring) physician or physician group participate in a joint venture with a hospital or other organization to own an entity that provides designated health services (“DHS”), for example an imaging center or a laboratory, as that term is defined under the Stark law? If your answer is “never,” think again. There actually is a Stark exception for ownership arrangements that may be applicable in certain locations around the country.

I had actually forgotten about this one until recently, because it isn’t something that I have had the opportunity to structure very often. That said, under 42 CFR § 411.356(c)(1), the Stark regulations provide a general exception for the ownership or investment in rural providers. In order to qualify to fall into this exception, the entity meet two criteria: (1) the entity must be located in a rural area, and (2) the entity must furnish substantially all (not less than 75 percent) of its DHS to residents located in a rural area. CMS defines rural areas as areas other than those defined as “urban areas” under 42 CFR 412.62(f)(1)(ii) (i.e., a metropolitan statistical area (“MSA”) or New England county metropolitan area consisting of certain counties in New England).

So the first step is to determine if the entity is in an MSA. CMS refers to the then current list of MSAs on the website of the Office of Management and Budget and provides a link on its physician self-referral website. The Phase III Final Stark Rules also provides some additional and useful clarification, including explaining that a location is rural if it is a “micropolitan statistical area” which is an area “containing a single urbanized core population of at least 10,000 but less than 50,000.” (See, 65 Fed. Reg. 82230, 82233) (See, 72 Fed. Reg. 51011, 51042). Therefore, if the location or proposed location of a DHS entity is outside of a MSA, even if it is in a micropolitan statistical area, you are likely good to go. In other words, the location is considered to be rural, and you may be able to take advantage of this exception. I highly recommend that documentation be kept with respect to this determination (perhaps included in recitals in an operating agreement, minutes of an organization, and/or a memo to the file with citations).

Last point: Assuming the location of the DHS entity is in a rural area, in order to qualify for this exception, the entity must also provide at least 75 percent of the DHS to residents of a rural area. This is an independent condition and may be more difficult to ascertain, especially if this is a de novo provider. CMS issued an Advisory Opinion in June of 2008 on the rural provider exception (CMS-AO-2008-02). In the opinion, CMS confirmed that a group of physicians with an ownership interest in an entity that performed diagnostic imaging and laboratory services met the rural provider exception. CMS did caveat this opinion by stating that the criteria is ongoing and therefore if the population changes, or the location becomes a part of a MSA, this exception would no longer be applicable. Therefore, any arrangement taking advantage of the rural provider exception should periodically evaluate its continued compliance with the exception.

While not applicable to everyone, and likely not to most, the rural provider exception under Stark is worth remembering for those infrequent instances where (referring) physician ownership of a DHS entity might be permissible. 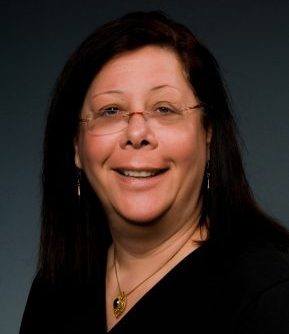