Health care startups in need of specialized guidance often seek consulting services from physicians. While the startup may compensate the physician with a standard hourly, weekly, or monthly rate, more cash conscious ventures may instead offer to compensate the physician with stock options. Such a compensation arrangement presents an undeniable risk to the physician given that the startup’s failure could render the options worthless. On the other hand, there is also considerable upside. Also, apart from the cash availability benefits of offering options, startups may prefer compensating physician consultants with options because such a compensation model helps to align the consultant’s incentives with the startup’s success.

When reviewing a consulting or other agreement including stock options, it is important that the physician include an anti-dilution clause. Dilution may occur when the options granted to the physician become less valuable as a result, for example, of the company issuing additional stock, thus increasing the overall number of issued shares. The same result can occur if other option-holders exercise their options. In essence, if during the term of the consulting agreement the number of options granted to the physician stays the same but the number of issued shares increases, then exercising those options will result in the physician owning a smaller piece of the company than the options represented at the start of the consulting agreement. There are further consequences depending on the share price of the later-issued shares (e.g., if the later-issued stock is exchanged for a higher price, such higher price may to some extent offset the effect of the dilution), but a detailed discussion of such consequences is beyond the scope of this post.

An anti-dilution provision in a contract aims to protect the physician consultant against dilution due to the later issuance of shares by the company. Anti-dilution can be accomplished in a variety of ways, including entitling the option-holder to additional options such that the additional options ensure that the total options represent the same percentage of overall shares both before and after the later issuances to additional investors. If the later issuance is at a lower stock price than the price to be paid upon exercising the option, then the anti-dilution clause can entitle the option-holder to pay the lowest stock sale price paid at the time the option-holder decides to exercise. There are also more complicated anti-dilution provisions that incorporate a formula (e.g., weighted-average) to determine how to adjust the option terms in light of later stock issuance. Different circumstances may require tailored anti-dilution provisions, but it is critical that the physician’s attorney negotiate the inclusion of language into the agreement to protect the physician against stock dilution. 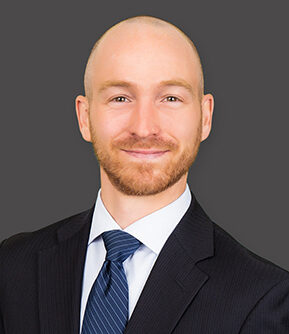