Following up on our earlier summary of the various regulatory changes under the final rules, this post takes a deeper dive into one of the new Stark Law provisions — the new exception for certain types of limited remuneration to physicians.

By way of background, the Physician Self-Referral Law (Section 1877 of the Social Security Act), more commonly known as the “Stark Law,” generally prohibits a physician from referring a Medicare patient for certain “designated health services” (or “DHS”)[1] to any health care facility or entity in or with which the referring physician (or an immediate family member of the physician) has a direct or indirect financial relationship[2], unless the financial relationship satisfies one or more specific Stark Law exceptions. The Stark Law also prohibits the entity furnishing the DHS from presenting claims to Medicare, the beneficiary, or any other third party for DHS that are furnished as a result of a prohibited referral.

The Stark Law is a strict liability statute, meaning that the statute is automatically violated whenever a prohibited referral occurs between parties to a financial relationship that does not meet a Stark Law exception, regardless of the parties’ intent. Parties that violate the Stark Law are subject to, among other things, denial of payment of claims related to prohibited referrals, refund/repayment of amounts collected for such claims, civil money penalties for knowing violations of the prohibition, and potential False Claims Act liability.

The limited physician remuneration exception is set forth in new subsection (z) at 42 C.F.R. §411.357 and provides protection for certain arrangements between physicians and DHS entities of nominal value (i.e., $5,000 per calendar year in the aggregate, adjusted annually for inflation) that might not meet all of the elements of other applicable Stark exceptions. The exception could apply to nearly any type of remuneration provided to a physician in return for the physician’s provision of items or services, such as professional service arrangements, staffing arrangements, equipment/space leases, sale of items, etc. (and including items and services provided through the physician’s employees, wholly-owned entities or locum tenens physicians).

Unlike some of the other exceptions potentially applicable to such arrangements, the limited physician remuneration exception does not require that the arrangement be documented in a signed written agreement (and in most cases, i.e., where there is not a directed referrals provision, the compensation need not be “set in advance”). As a result, this exception might be used to “save” arrangements where the written documentation or signature requirements were missed, provided that the arrangement is of sufficiently nominal value.

In order to satisfy the exception, such arrangements must also meet each of the following conditions:[3]

While the scope of arrangements covered by this exception may be small given the current $5,000 per year aggregate limit, this exception may be useful in connection with isolated or “one off” transactions, such as the temporary use of equipment, one-time staffing or service arrangements, or the sale of nominal items or services, where the terms of the arrangement may not be fully determined or documented in writing in advance. That said, although not required, documenting such arrangements in writing, even after the fact, is typically recommended, at least to demonstrate compliance with the remaining elements of the exception.

CMS expects that this new exception will reduce the need for parties to utilize its Voluntary Self-Referral Disclosure Protocol for bona fide nominal arrangements that might not otherwise strictly meet a Stark Law exception. CMS also clarified that this exception could be utilized in conjunction with other exceptions to potentially reduce or eliminate the period of disallowance (i.e., the period of Stark Law noncompliance where DHS referrals are not permitted) by protecting the first $5,000 of remuneration to a physician under an arrangement.

Stay tuned as we continue to explore and analyze the details of the recent Stark Law, Anti-Kickback Statute and Civil Monetary Penalty Law changes.

[3] Arrangements involving the leasing or use of office space/equipment have additional requirements generally restricting the use of fees based on a percentage of revenue from services performed using the space/equipment and non-time-based per-unit fees reflecting services referred by the lessor (i.e., “per click” fees). 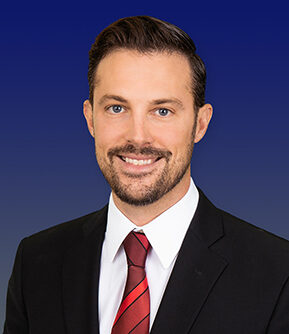