Last October, Act 162 was passed to amend Pennsylvania’s Clean Streams Law, and the land development industry rejoiced. It appeared that the requirement to provide a riparian buffer for stormwater management when developing properties adjacent to a High Quality or Exceptional Value stream was being changed to allow property owners more flexibility. This enhanced flexibility could result in the use of equally effective stormwater management techniques that would use less of the parcel, thus freeing up a greater percentage of the property for profitable use.

Now that the PA Department of Environmental Protection has begun to release its technical guidance on how the law will be applied (Implementation Plan Guidance, Riparian Buffer Equivalency Guidance, Buffer Offset Requirements Guidance], some developers and property owners are worried the legislation may, in fact, do more harm than good.

This may come as a shock to organizations like the Pennsylvania Builders Association that voiced strong support for the legislation. PBA and others in the development and construction industry felt the previous requirements of the Clean Streams Law had been too restrictive, but sometimes the devil you don’t know is more dangerous than the one you do. And, as always, the devil is in the details.

Act 162 offers other options besides riparian buffers for stormwater management in protected watersheds
Under the original law, earth disturbances were prohibited within 150 feet of rivers, streams, creeks, lakes, ponds or reservoirs in a High Quality or Exceptional Value watershed. Instead, this 150-foot-wide strip of land had to contain vegetation that helped to protect the watershed by providing shade and shelter for small creatures and filtering pollutants from stormwater runoff before it reached the special protected waters. This requirement was enforced as part of the National Pollutant Discharge Elimination System (NPDES) permitting process.

But, setting aside a 150-foot-wide strip of land along the entire length of a protected water, could potentially result in a significant portion of a parcel being unusable (and the revenue earning potential of a site significantly decreased as a result).

Under Act 162, holders of an NPDES construction permit have greater flexibility. If their parcel contains land within 150 feet of a protected water, they can choose another stormwater Best Management Practice technique for controlling pollution as long as they can prove it is “substantially equivalent” to the buffer. Other techniques might result in a smaller loss of land than the buffer, thus increasing the economic potential of a site.

So how could this law be anything but beneficial to land developers?

Act 162 may extend protection to other water bodies not previously covered by the Clean Streams Law
The original Clean Streams Law was very careful to spell out exactly what waters required a riparian buffer; these included all high quality or exceptional value perennial or intermittent rivers, streams, or creeks, lakes, ponds or reservoirs.

Act 162 maintains the previous list of waters for determining when buffers or a substantially equivalent BMPs are required. However, in addition to requiring buffering or a substantially equivalent BMP for earth disturbance within 150-feet of the waters listed above, the law goes on to require replacement buffers (or offsetting) for any earth disturbance that occurs within 100-feet of a “surface water.” Note that this new section refers to “surface waters,” which, under current DEP regulations, is defined to include not just the waters listed above but also wetlands.

Is it possible that development within 100 feet of wetlands within a High Quality or Exceptional Value watershed will now require replacement buffers somewhere else?

This was not the case under the previous legislation, and it could force many developers to rethink their site plans.

For example, one company developing an industrial park designed its site to maintain a 150-foot buffer from an existing high-quality stream crossing its property.  Many sections of this stream contain wetland areas adjacent to the stream.  Most of these wetlands are located within the 150-foot buffer; however, some are not.  While care was taken to avoid impacts to these wetlands, the development did propose earth disturbance close to the wetlands.  No buffers, equivalent BMPs or replacement buffers were provided because no such requirement existed at that time.  With plans for later phases still in development, the company is wondering whether it will need to provide additional buffers, equivalent BMPs, or replacement buffers now and how much square footage they may lose as a result.

The wording of Act 162 has also been interpreted by some to extend BMP requirements to all waters, not just those in High Quality or Exceptional Value watersheds.  The Chesapeake Bay Foundation of Pennsylvania, for example, submitted a letter to DEP stating:

“The plain language of Section 402(c)(1) states that ‘…persons proposing or conducting earth disturbance activities when the activity requires a National Pollutant Discharge Elimination System [(“NPDES”)] permit for storm water discharge…’ may install either a forested riparian buffer or a substantially equivalent alternative to ensure compliance with water quality standards. There is no mention of this only occurring in special protection waters. The only mention of EV/HQ watersheds, comes in Section 402(c)(2) of the law with regard to the need to ‘offset’ activities within 100 feet of a special protection water.

The failure to clearly state that buffers, or their functional equivalent, are only needed in EV/HQ watersheds where an NPDES permit is needed, while specifically mentioning the EV/HQ requirement in Section 402(c)(2), suggests a specific legal intent by the General Assembly. CBF contends that buffers or their substantial equivalent alternatives are now required wherever NPDES permits are to be issued for such activities.”

If such an approach were taken by DEP, many more parcels would be affected by this law than initially thought. Instead of allowing flexibility in design, the new law could actually create additional regulatory hurdles.

Ambiguous wording about “substantially equivalent” stormwater management techniques could cause delay in the approval process
Many questions still remain about how this law will be applied. Even the option to use “substantially equivalent” stormwater Best Management Practices in lieu of riparian buffers is quite vague. What will be accepted as “substantially equivalent”? Developers who are under pressure to build as quickly as possible do not want to spend time on ambiguity, proposing measures that may ultimately be denied. As a result, they may choose to set aside riparian buffers anyway to speed up the review process and may now need to do more than what was previously required.

Rather than opening up more land to development, the law could unintentionally restrict development even more.

Thankfully, PA DEP issued its initial technical guidance on the buffer equivalency policy and has opened a public comment period to give everyone affected by the law a chance to ask questions like these. Those who wish to submit their own comments can address them to:

We look forward to seeing how DEP responds to the questions Act 162 is raising. 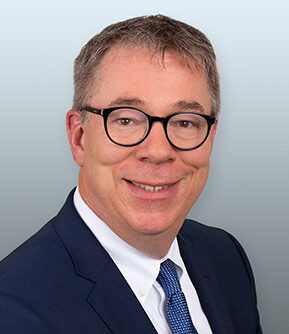