You may recall that, in October 2012, we alerted you to litigation instituted by Automated Transactions, LLC (“ATL”) against users of automated teller machines (“ATMs”) connected to banking services over the Internet, Intranets and Network Services alleging that they infringed a number of patents held by ATL. At that time, a number of our financial clients had received letters threatening suit and offering settlements but no suits had been commenced in New Jersey.

Notwithstanding defeats at the Patent Office and in the Courts (documented in our earlier communication), ATL continued to file lawsuits and extract settlements from small financial institutions – primarily in New England – that could ill afford to defend expensive patent litigation. ATL, of course, avoided suits against larger banks that could and would defend themselves against the makers of ATMs.

In December 2012, a number of the financial institutions in New England sued by ATL with the filing of cookie-cutter complaints alleging patent infringement, moved to transfer their cases to the District of Delaware where there were pending cases challenging ATL’s patents. Many of these cases brought by ATL were stayed.

It appears that ATL has now turned its attention to financial institutions in New Jersey. On February 15, 2013, ATL filed suit against four New Jersey banks in four separate suits for infringement of its ATM patents. Other financial institutions have received letters from ATL’s New York-based counsel transmitting copies of “unfiled” complaints and inviting settlements with the implicit threat that the complaints will be filed if the matters are not quickly settled. Again, ATL is singling out the institutions that cannot afford to wage a costly battle to defend the suits and avoiding those that could and would defend them.

Financial institutions that receive threatening letters from ATL or its counsel – or learn of legal actions commenced against them – should not ignore them. Whether they wish to settle, move to stay the proceedings or defend them, they are encouraged to contact Elliott J. Stein at 609.987.7050 or the Stevens & Lee attorney with whom they normally work. 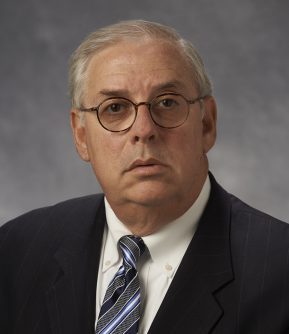