On November 7, the National Labor Relations Board (NLRB) announced that it will propose a new regulation aimed at providing clear guidance on employers’ rights to regulate union access to private company property. While the NLRB has historically formed its policies on unionization and other forms of protected activity on a gradual, case-by-case basis, the Board has utilized the rulemaking process on multiple occasions since the 2017 change in presidential administrations, including to weigh in on the hotly-contested joint-employer standard. Board Member William Emmanuel, who made the announcement at the American Bar Association’s annual labor and employment law conference, implied that the traditional, “piecemeal” method of policy formation “ha[s] resulted in an extremely complex set of legal rules” with respect to employer property access “that are very difficult for employers and employees and unions to fully understand[.]”

The announcement also follows a trio of NLRB decisions that have interpreted employer property access rights strongly in favor of management. In June 2019, the Board ruled that a hospital could eject non-employee union organizers who were meeting with off-duty hospital staff from the hospital’s public cafeteria, nullifying the forty (40) year old “public space exception” that allowed union organizers to access such areas, provided they were not disruptive. In August 2019, the Board held that a performing arts center could remove unionized symphony members engaging in leafleting, who frequently performed at the center, but were not employed there. Most significantly, in September 2019, the Board decided that managers of a supermarket lawfully called the police to remove from a parking lot shared with other businesses, union representatives collecting customer signatures for a petition protesting the transfer of union employees. The proposed rule will probably be patterned after these decisions and other pro-management Board precedent.

The NLRB has declined to specify when the notice of proposed rulemaking will be published, and even after the notice is officially unveiled, it will take considerable time before a final employer property access rule is created. For example, although the NLRB published its notice of proposed rulemaking on the joint-employer standard in September 2018, as of this month, the Board is still reviewing the approximately 29,000 comments received. NLRB Chairman John Ring has emphasized that the Board wants to “make sure we get that rule right.”

Stay tuned to for further updates as the NLRB employer property access rulemaking process continues. In the meantime, if you have any questions about how this, or any other labor and employment law development may affect your business, please contact Daniel J. Sobol at djso@stevenslee.com, Alexander V. Batoff at avb@stevenslee.com, or the Stevens & Lee attorney with whom you regularly work. 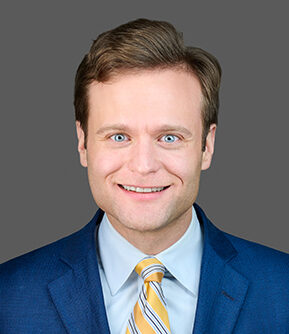