Union Organizing in the Financial Services Industry: Full Steam Ahead With or Without EFCA

The Massachusetts Senate election results on January 19 have led many to suggest that prospects for passage of EFCA or similar changes to the nation’s laws governing union organizing have diminished significantly. Many employers no doubt breathed a sigh of relief.

But union organizing continues unabated even while unions decry the current laws as supposedly unworkable. The National Labor Relations Board reported recently that during the federal government fiscal year ending September 30, 2009, the NLRB conducted 1,500 elections involving 79,000 employees. Unions won more than two-thirds of the elections and more than 45,000 employees became subject to union representation.

Now, one of the most aggressive unions, the SEIU, has begun to use a website as well as Facebook and other social media tools to mine for contact information from disgruntled bank employees and build a database for unionizing their employers.

When persons identify themselves on Facebook as employees of certain banks an ad similar to the one shown above will appear. The content of the different ads is similar, but each ad is targeted to a specific bank, with the bank’s name and logo prominently displayed at the top. It is entirely possible that such a site now exists or will soon be available with your bank’s name on it, and you may not even know it.

This targeted marketing of banks by the SEIU means that yesterday was the time for action on your bank’s part. Banks that believe remaining union-free is crucial should be taking aggressive steps to communicate their philosophy on unions and union organizing to all their employees and training their front-line managers so that they know and understand how union organizing works and what they can do, can’t do, and should do. The SEIU is counting on employers’ inaction.

Stevens & Lee’s team of experienced labor lawyers is ready to help your bank meet this challenge with supervisory training, strategic legal planning, and assistance with devising an employee communications plan. If you have any questions or concerns about these developments, please contact Susan R. Friedman at 717.399.6625, Joseph P. Hofmann at 717.399.6643, or the Stevens & Lee attorney with whom you normally consult. 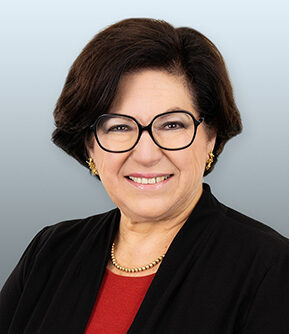