Your Professional License: Don’t Gamble With Stakes This High

You’ve worked hard for the better part of your life to attain your professional status. After years of study and hard work, you’re proud of your professional accomplishments and truly enjoy what you do for a living. What others call a job, you call a way of life. Which is why you were shocked to receive an “Order to Show Cause” from the Commonwealth of Pennsylvania Bureau of Professional and Occupational Affairs. The document states that you face potential fines, even the possible suspension or revocation of your professional license, and provides that you must respond within 30 days.

How you respond to this unwelcome mail will affect the rest of your professional life.

It Must Be A Mistake!

Many professionals believe that an Order to Show Cause is the result of a simple misunderstanding on the part of a former client. They naively assume that all they need to do is explain what happened to the Bureau prosecutor whose name and phone number appears on the Order to Show Cause and everything will be fine. They’re wrong. Don’t do it! The Bureau prosecutors are prosecutors, not judges. Their job is not to determine the facts. Their job is not to decide what a fair resolution of your case might be. Instead, the prosecutor’s job is to make the most of the damning facts at hand. The prosecutor is not your friend. Confiding in the prosecutor or assuming that he or she will accept your version of the facts can spell disaster for your professional career. Just as with any other representative of law enforcement, everything you say can and will be used against you. Save your explanation for someone who can and will help you – your lawyer.

Some licensees are afraid that retaining a lawyer will send the prosecutor or the Bureau a message that they “have something to hide.” Once again, they’re wrong. Bureau prosecutors expect a successful professional whose license is in jeopardy to have enough sense to retain a competent lawyer who is experienced in defending such cases. The prosecutors know what most licensees don’t: that the field of professional licensure discipline is a specialized field with its own rules, procedures and customs. The prosecutors know them, inside and out. The only way for you to level the playing field is to hire a lawyer who is equally knowledgeable and experienced in this area.

What Will A Lawyer Do For Me?

Although each case varies with its facts, certain things remain constant in all licensure actions. First, your lawyer should attempt to open a dialog with the prosecuting attorney. It is important to learn, early on, how seriously the Bureau views the underlying facts in your case. A licensee cannot determine this by looking at the Order to Show cause itself, since every Order to Show Cause references the potential for fines, suspension and/or revocation of a license. Only by actually discussing your specific case with the assigned prosecutor can your lawyer develop an understanding of what the prosecution really intends to request as a sanction in your case and why, and whether the particular Board is likely to adopt that recommendation.

Some cases can be settled by a “consent agreement,” which avoids the necessity of a formal hearing. There are certainly advantages to this approach, assuming a reasonable accommodation can be made. For one thing, preparing for and conducting a hearing can be expensive. More importantly, however, a negotiated resolution offers you greater opportunity for input and control over the final decision than merely going forward with the hearing. If a settlement cannot be reached, your lawyer will need to file a formal response on your behalf. In some cases, it may be appropriate to file a motion to dismiss, arguing that the prosecution cannot succeed for legal reasons. If a motion to dismiss is not advisable, an “Answer” to the Order to Show cause will be filed, raising any available defenses. In certain cases – such as where a licensee has been convicted of a felony or has been disciplined in another jurisdiction – there are no real defenses. Regardless of the basis for the Order to Show Cause, you still have the right to demand a formal “mitigation” hearing, where testimony will be introduced in an effort to lessen or eliminate the potential sanction to be imposed.

Who Hears My Case?

Another important issue is the identity of the decision-maker(s). The regulatory framework allows the entire State Board to sit for a licensee’s hearing. However, the Board is also allowed to designate part of its membership to hear the evidence, and may also delegate the hearing to one of the Bureau’s hearing examiners who will preside over the hearing. Further complicating things, the Board can delegate its duties to a hearing examiner for either a recommended decision (which is then subject to review and revision by the Board itself), or for a binding decision. In some instances, you and your lawyer can have some input into the identity of the decision maker, which, depending on the case, can significantly affect the outcome.

Following a hearing, the decision maker (whether the hearing officer or Board) will issue a written “Adjudication and Order” with a specified penalty, if any, and an analysis of the evidence.

What If I Lose?

Although a licensee who is dissatisfied with the result at the Bureau level is entitled to appeal this decision to Pennsylvania’s Commonwealth Court, there is no automatic “stay” of any penalty (including suspension of revocation) while such an appeal is pursued. Before investing the additional money in an appeal, a licensee must understand that the Commonwealth Court rarely overturns an Adjudication and Order. The result at the Bureau level will be upheld unless it is clearly contrary to law, is unsupported by substantial evidence or constitutes an abuse of discretion. These are very exacting legal standards.

Substantial evidence is nearly any evidence upon which a reasonable person could base a conclusion. In other words, the test is not whether the judges on the Commonwealth Court would have reached the same conclusion based on the facts, but whether the Court is shocked by the result in light of the evidence. Similarly, the Court is very reluctant to find an abuse of discretion because the state Boards are made up of professionals who are presumably familiar with the standards of conduct governing the particular profession they regulate. Furthermore, the penalties the Boards give out are almost inherently discretionary in nature. Consequently, although appeal is an option, since the chance of successful appeal is very low, getting it right the first time (whether in negotiations with the prosecutor or at the hearing before the Board or hearing examiner) is a much safer, and less expensive, approach.

The receipt of an Order to Show Cause from the Bureau of Professional and Occupational Affairs represents a very significant fork in the road for your professional career. How you respond could very well dictate how long you will continue to practice your profession. With stakes this high, you simply cannot afford to gamble with your career.

Mark D. Bradshaw has been defending licensees before the Bureau of Professional and Occupational Affairs for more than a decade. If you have questions regarding professional licensure matters, or have received an Order to Show Cause, contact Mark D. Bradshaw. 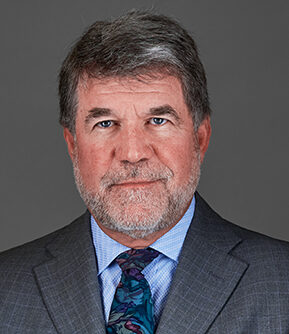