NEW YORK, NY, JULY 22, 2019 – Lee E. Buchwald, Chapter 7 trustee (“Trustee”) of Magnesium Corporation of America (“MagCorp”) and Renco Metals Inc. (“Debtors”) and his counsel, Stevens & Lee, P.C., are pleased to announce that a Global Settlement Agreement has been executed by the Trustee; The Renco Group, Inc. (“Renco Group”); US Magnesium LLC (“US Mag”), a subsidiary of Renco Group which purchased MagCorp’s magnesium manufacturing operation located in Rowley, UT, in 2002; Ira L. Rennert, President of Renco Group; the United States Environmental Protection Agency, the United States Department of Justice, and other federal and state environmental agencies (collectively, the “Government”); Wilmington Trust in its capacity as Indenture Trustee; and a majority of the noteholders issued to resolve all remaining issues in the Debtors’ cases, enable distributions to creditors aggregating in excess of $80 million, and set aside $33 million to address environmental issues associated with the Rowley Site.

The Debtors filed voluntary Chapter 11 petitions in August 2001. Mr. Buchwald was appointed Chapter 7 Trustee in 2003 and spent more than a decade prosecuting litigation claims against Renco Group and others for the benefit of creditors. On June 28, 2019, Mr. Buchwald made distributions to trade creditors of approximately 27.4% of their claim amounts.

On July 16, 2019, Nick Kajon of Stevens & Lee filed a motion on Mr. Buchwald’s behalf with the United States Bankruptcy Court for the Southern District of New York, Case No. 01-14312 (MKV), seeking Bankruptcy Court approval of the Global Settlement Agreement. The motion will be heard by the Bankruptcy Court on August 22, 2019 at 10 AM.

Mr. Buchwald advised, “After making a recovery on account of my litigation claims in October 2017, I devoted significant time and effort to negotiating a Global Settlement among the three largest creditors groups: the Government, the Indenture Trustee and noteholders, and Renco Group and related entities. I worked tirelessly with my counsel, Stevens & Lee, and other advisers to successfully resolve four sets of complex issues to achieve a prompt distribution to creditors without squandering estate resources on years of litigation. I am pleased that I was able to realize a global resolution that accomplished these goals. I am particularly proud that approximately $33 million will be made available to address environmental issues associated with MagCorp’s former magnesium manufacturing operation. Despite years of animosity and mistrust among the parties, who were diametrically opposed on virtually every issue, my counsel and I spearheaded multilateral negotiations and ultimately achieved a consensual resolution.  Moreover, despite prior litigation between Renco Group and me, I was able to secure Renco Group’s active participation in the process. As a result, Renco Group and US Mag provided valuable assistance helping me and my team evaluate the environmental claims.”

Nick Kajon, lead counsel at Stevens & Lee, said, “It has been an honor and a privilege to represent Lee in this case. Once it became obvious that Lee was going to have a very significant recovery in the litigation against Renco Group, we recommended that he reach out to all the major constituencies in the case, including Renco Group, to try to negotiate a Global Settlement to avoid years of expensive and protracted litigation that would only serve to dilute creditor recoveries. Fortunately, we were able to coax parties with divergent interests into working together to achieve a spectacular result that includes provisions that have never been done before by the Government. We brokered an agreement between the Government and Renco Group under which the Government will use a portion of its recoveries to reimburse US Mag for its expenses in remediating the Rowley Site.”

Mr. Buchwald added, “I am extremely pleased to have had the assistance of a team of top professionals; my counsel, Stevens & Lee, my environmental consultants, Roux Associates, and my financial advisors, Baker Tilly Virchow Krouse, LLP, without whom I could not have achieved such outstanding results. My focus throughout this case has been to recover as much as possible, distribute it to creditors as soon as possible and ultimately use some of my recoveries to remediate the Rowley Site.”

Additional information about the Global Settlement and the Debtors’ bankruptcy cases can be found at the creditor website established by Mr. Buchwald: https://omnimgt.com/magcorp. The Government previously issued its own press release relating to this unique transaction: https://www.justice.gov/usao-sdny/pr/manhattan-us-attorney-announces-bankruptcy-settlement-responsible-parties-us-magnesium 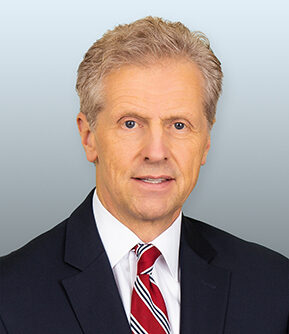