A prominent and highly regarded figure in the health care industry and the Greater Philadelphia marketplace, Mr. Marshall is the former Chairman and CEO of Temple University Health System, one of the largest health care organizations in Pennsylvania. In this capacity, he was responsible for an integrated delivery system comprised of five acute-care hospitals, a 120-bed behavioral health center, a critical care ground transportation company and a physician management company. During his tenure, all hospitals in the Temple health system received Joint Commission on the Accreditation of Healthcare Organizations (JCAHO) scores of 95 or better, which placed it in the top tier of health systems in the country. Mr. Marshall also served as Director of Health Partners, a provider-owned Medicaid/Medicare Health Maintenance Organization operating in Greater Philadelphia, which maintained Medicaid and Medicare enrollment of approximately 180,000 people.

In addition, Mr. Marshall has held several significant government-appointed positions, including being one of the original appointees to the seven-member Pennsylvania Gaming Control Board, which has jurisdiction over all aspects of the authorization, implementation and operation of slot machines in the Commonwealth.

During his tenure, the board established the agency of state government charged with regulating the newly created gaming industry in Pennsylvania. He was involved with issuing the regulations necessary to implement the Pennsylvania Race Horse Development and Gaming Act, which permitted slot machines at racetracks converting them into racinos, and worked with other board members to issue six permanent racino licenses and five permanent casino licenses in December 2006.

Mr. Marshall also served on the Medicaid Commission created by Congress and established by the Honorable Michael O. Leavitt, Secretary of the U.S. Department of Health & Human Services, where he advised the Secretary on ways to modernize the Medicaid program to provide high-quality health care to its beneficiaries in a financially sustainable way. He also served as Vice Chairman and Chairman of the Pennsylvania State Ethics Commission, which regulates the conduct of the majority of public employees, elected officials and candidates for public office in Pennsylvania. 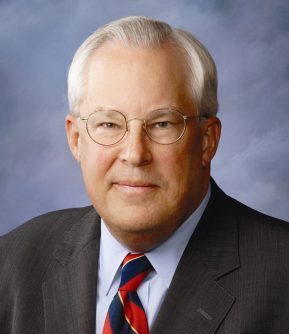